Schloss Ringberg, overlooking the Tegernsee in the foothills of the Bavarian Alps, is a monument commemorating the idiosyncrasy, originality, and remarkable single-mindedness of two men: Duke Luitpold in Bavaria (Herzog Luitpold in Bayern), a member of the Wittelsbach family who ruled Bavaria over 800 years, and his friend, the alround artist, architect and interior decorator, Friedrich Attenhuber. 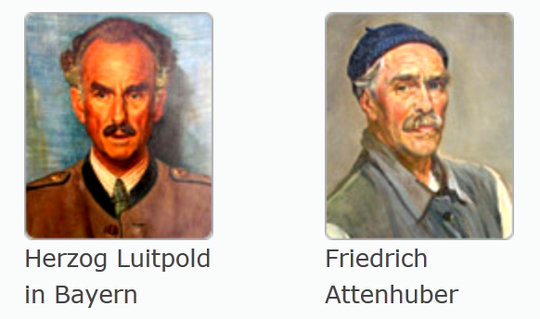 The castle is entirely their creation, from the massive Renaissance-inspired exterior, right down to the fittings and furniture which, in every detail, were designed by Attenhuber himself and executed by native craftsmen. Attenhuber also painted every single picture hanging in the castle. He found his models in the farmhouses around the Tegernsee. The castle embodies all trends of art and styles which dominated the first half of this century, combined with local Alpine originality and the individual creative power of its constructors.

Schloss Ringberg dominated the lives of the two men to the point of becoming an obsession. They had met in Munich, while Duke Luitpold was studying philosophy and history of art at the Ludwig-Maximilian University (1910 - 1914). The idea of building a castle to realise an architectural dream and erect a new family seat probably came to them whilst travelling through Europe between 1910 and 1912. The location of the castle above the Tegernsee is said to have been decided upon one day in 1911, when Duke Luitpold was out hunting in the area with his cousin. A painting by Attenhuber in the entrance hall of the castle shows this scene. From 1913 onwards, work at the castle was personally supervised by Friedrich Attenhuber, who subsequently lived and finally died there in 1947. After his death, Duke Luitpold continued to devote all his energies to the construction of the castle, selling family estates to pay for the building and travelling the more than 50 kilometres from his home in the Hotel Vier Jahreszeiten in Munich to supervise the progress of the work. He never actually lived at the castle but preferred to lodge at the Hotel Bachmair when he had to stay overnight. When he died in 1973 at the age of 82, he left Schloss Ringberg unfinished.

The House of Wittelsbach's Love for Architecture

Duke Luitpold was certainly not the only member of the Wittelsbach family to pursue architectural passions and ambitions. The city of Munich, capital of Bavaria, owes much of her distinctive atmosphere to the monumental buildings erected by King Ludwig I, great admirer of the classical period, in the last century. Ludwig II, the "fairy-tale king" and friend and patron of Richard Wagner, built the famous romantic castles of Neuschwanstein and Linderhof in the Bavarian Alps, and Schloss Herrenchiemsee situated on a small island in the Chiemsee, realising his vision of Versailles. Thus inspired by his ancestors, Duke Luitpold made his own dreams come true. The site he chose to erect his castle is one of great splendour. To the north stretches the Tegernsee, to the south the valley of Kreuth, while the south-east the Wallberg and Setzberg mountains tower the horizon.

Schloss Ringberg and the Max-Planck-Gesellschaft

During the mid-sixties, Duke Luitpold began to consider what should become of Schloss Ringberg after his death, since he had no direct heir. He requested the Bavarian authorities to grant his castle the status of a historical monument as a way of avoiding heavy tax duties, but his application was rejected by the Miesbach finance authorities. Thus he was confronted with the choice of either selling Schloss Ringberg to the German Federal Organisation of Trade Unions, or making a present of it to the Max-Planck-Gesellschaft.Fortunately, he chose the latter. The contract was signed in 1967 and the castle passed into the hands of the Max-Planck-Gesellschaft after the Duke's death in 1973.

At first, the Max-Planck-Gesellschaft was not too enthusiastic in accepting the inheritance. It was clear that modifications of the castle for the purpose of serving the sciences, as was the will of the testator, would necessitate considerable financial expenditure. The problem was solved in that provision was made in the Duke's last will to leave also his other property to the Max-Planck-Gesellschaft for exclusive use in the preservation of the castle. It is thanks to the foresight and engagement of the former president of the Max-Planck-Gesellschaft, Prof. Dr. Reimar Lüst, that Schloss Ringberg has been transformed into a meeting place where scientists can exchange ideas and discuss problems with their colleagues from all over the worls in beautiful surroundings and in a relaxed mountain atmosphere high above the daily business activities. At the beginning of this era, the castle could accommodate 12 guests but nowadays, thanks to a generous donation, 33 guest beds are available. the centre of communication is nowadays well accepted by the scientific community and generally fully booked ahead for more than a year.

As in former times, people around the Tegernsee are highly interested in what is going on at Schloss Ringberg. Tourists are informed as follows: "In the castle there is now the Max-Planck-Gesellschaft to investigate the conditions of recreation in Bavaria". 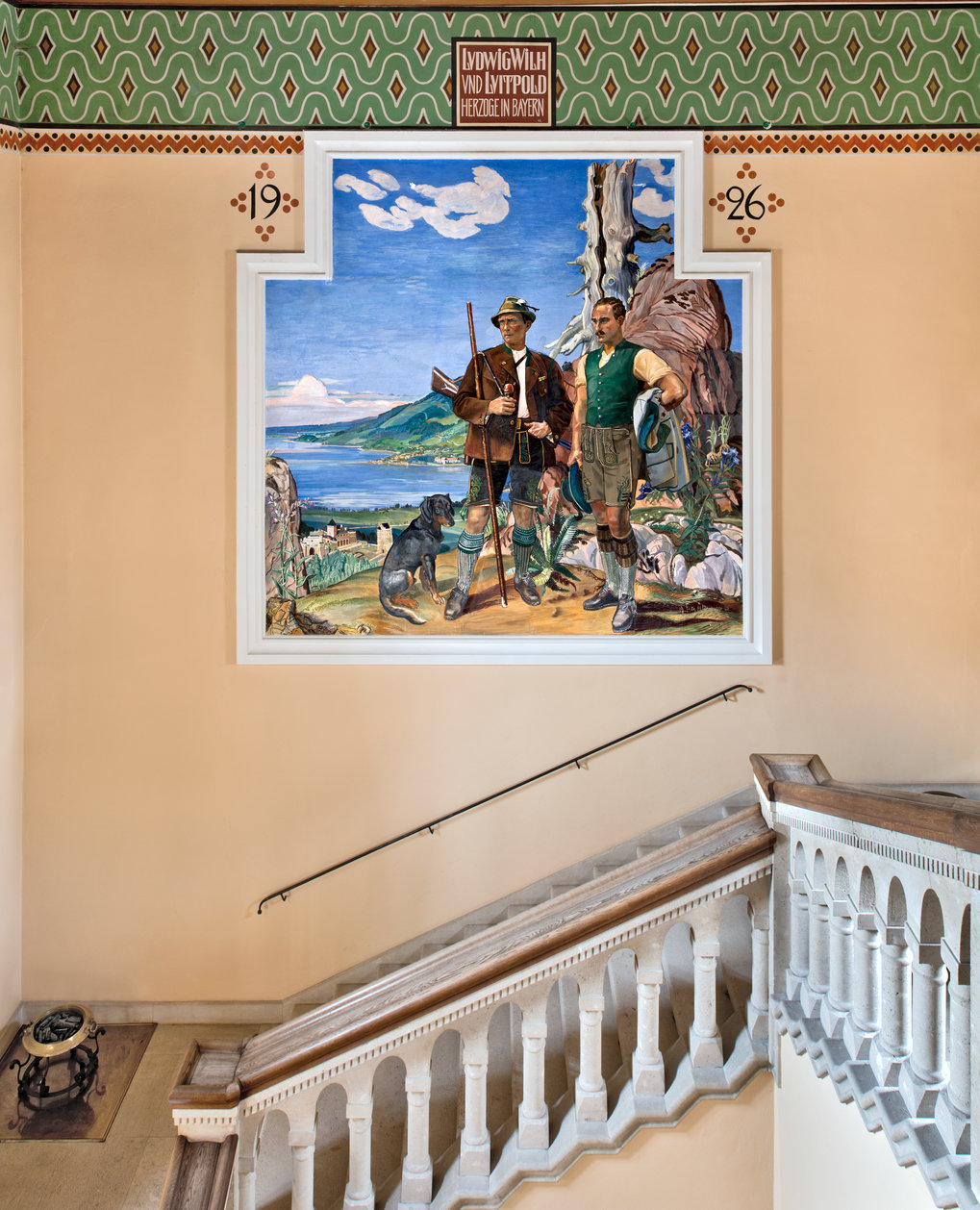